I had been planning to put up a few posts dealing with theories of Jesus after his death since we are in the Post-Easter weeks, but I came across a fascinating article at BBC on Neanderthals, and given that I have also just put up the FAQ presentation on human evolution I thought this article deserved some attention.  In this FAQ I showed that recent research demonstrates that we modern humans have Neanderthal blood coursing through our veins (in the 3rd video of the FAQ: What about Human Evolution?).  The BBC article, entitled “How I traced my ancestry back to the Stone Age”, is the story of how a journalist had some of her DNA sequenced by sending a vial of her saliva to a DNA testing center from which they traced her genealogy.   Apart from her European Jewish ancestry she learned something else from her test results.

Another exciting thing I’ve learned goes all the way back to the Stone Age. The test I used has added a feature that lets you see what percentage – if any – of your DNA comes from Neanderthals, and 2.7% of mine is Neanderthal.

While that’s not unexpected – almost everyone of non-African descent does have a little bit of Neanderthal DNA in them [1 – 4%] – I find it fascinating to think that somewhere up the line, I was a twinkle in a Neanderthal’s eye.

What was Neanderthal man (and woman)?

Apart from being fascinating at a personal level, this has direct implications on human evolutionary theory.  Neanderthals have probably been the showcase ‘ape cave-man’ popularized across our culture for the last 150 years as scientific ‘evidence’ bolstering the story of human evolution.  Neanderthals did indeed have skull morphology different than the typical morphology we see in people today.  But there are variations in skull morphology across all sorts of human and animal populations.  A species can exhibit great variability in traits, and it comes from having many alleles within the population.  As alleles are lost the variability is decreased and the population loses the ability to adapt to new environments.  I noted this kind of process in the ‘evolution’ of the soapberry bug and saw that this was simply a loss of some alleles – not an evolutionary gain of new information.

In any case, the question had always been an open one as to whether the difference in skull morphologies of Neanderthal and Homo erectus from that of people today was due to evolution, or just due to the inherent range of skull shapes built into Homo sapiens.  If that were the case it would just prove that Homo sapiens come in various skull shapes just like we also come in, for example, different skin colors.  But that reasoning – sound though it was – would have done little to bolster the evolutionary story in popular imagination so instead Neanderthals were portrayed and illustrated as brutish, savage and ape-ish – they were the last rung on the evolutionary ladder until Homo sapiens evolved.

The Neanderthal Narrative & Image in our Culture

Neanderthal skeletons were first discovered in the mid-19th century, around the time of the publication of The Origin of Species, and thus became compelling in the mind of the public at that time ‘proving’ evolution.  The Neanderthal ‘story’ was largely framed by Boule, a prominent paleontologist of that time. The following quote from an anthropology text shows how Boule went about developing the Neanderthal story.

Unfortunately his (Boule’s) model was riddled with errors. Most of the mistakes stemmed from Boule’s preconception that Neanderthals did not fit into the human evolutionary mainstream. Having already decided that they were very primitive, he exaggerated their differences … barely upright with their heads so far forward they could hardly stand, shoulders hunched, and knees bent. He even gave them an opposable big toe similar to that of the apes… After Boule, even reconstructions of facial characteristics emphasized the primitive; in most, Neanderthal was given a vacuous and rather stupid expression – an open mouth and dazed look … When examining the evolution of Neanderthals, we cannot help but consider the evolution of thinking about them…[1]

We can see here that ‘preconceptions’ were the driving force producing a story.  The data (Neanderthal skeletons) were interpreted, and this from the context of a pre-existing belief system.  Thus, even in a secular context, a ‘myth’ was produced by a ‘priest’ (Boule), replete with objects of veneration (the reconstructions) that told a story (vacuous and stupid Neanderthal gives rise to sophisticated modern man) that was ‘believed’ by the educated masses in the same way that primitives believed their religious myths.  And contrary to the claim of ‘critical suspension of disbelief’ that naturalism is supposed to engender, the facts had nothing to do with it.  Religion is certainly no prerequisite for the development of mythology.

And as with Neanderthals, I show in the FAQ presentation that all other popular ‘ape-men’ stories are really just that – stories driven primarily by imagination and preconceptions rather than by hard data.

But Neanderthals Really are … Us

But with Neanderthal we now come full circle from Boule.  Just as the author of the BBC article discovered, both you and I have Neanderthals in our genealogy.  Neanderthals, as well as Homo erectus are Homo sapiens pure and simple.  As the textbook I used in my FAQ class presentation summarized it:

We can be sure that interpretations of all sorts will be developed around this new information of Neanderthal’s blood coursing through our veins.   But given our understanding that variance in skull morphology is best understood as gradations within Homo sapiens we should treat with skepticism those stories that rely simply on these differences to project an evolutionary ‘just-so’ narrative.  Otherwise we risk repeating the gullibility of the educated that believed Boule’s stories of his day, now known to be so wrong, simply because their imaginations were tickled. 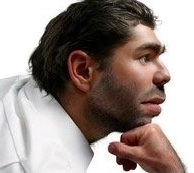 Neanderthal as per BBC article