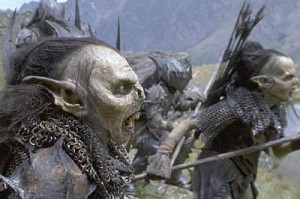 In my last post I looked at the biblical foundation for how we should see ourselves and others – that we are made in the image of God. But the Bible develops further on this foundation. The Psalms are a collection of sacred songs and poems used by the Old Testament Hebrews in their worship. Psalm 14 was written by King David ca 1000 B.C. and records the state-of-affairs from God’s point of view.

The LORD looks down from heaven on the sons of men to see if there are any who understand, any who seek God. All have turned aside, they have together become corrupt; there is no one who does good, not even one. (Psalm 14:2-3)

The phrase ‘become corrupt’ is used to describe the entire human race. Since it is something we have ‘become’ the corruption is in reference to that initial state of being in the ‘image of God’. This passage says that the corruption demonstrates itself in a determined independence from God (‘all’ have ‘turned aside’ from ‘seeking God’) and also in not doing ‘good’.

To better understand this think of the orcs of Middle Earth in the Lord of the Rings as an illustration. Orcs are hideous creatures in appearance, conduct, and in their treatment of the earth. Yet orcs are descended from elves that had become corrupted by Sauron. When you see the stately majesty, harmony and relationship with nature that elves had (think of Legolas and the elves of Lothlorien) and realize that the depraved orcs were once elves who have ‘become corrupt’ you will

get a sense of what is said here about people. God intended elves but what he found was orcs.

This fits exactly with what we noted as a universal tendency among all people in Session Two – that no one lives according to their moral grammar of right and wrong. So here we arrive at a perspective that is very instructive: The biblical starting point of people as sentient, personal, and moral, but then also corrupt, fits with what we observe about ourselves. It is shrewdly spot-on in its assessment of people, recognizing an intrinsic moral nature within us that can easily be overlooked since our actions never actually match what this nature demands of us – because of this corruption. The biblical shoe fits the human foot. However, it raises an obvious question: why did God make us this way – with a moral grammar and yet corrupted from it? As Christopher Hitchens complains:

“… If god really wanted people to be free of such thoughts [i.e., corrupt ones], he should have taken more care to invent a different species.”  Christopher Hitchens.  2007.  God is not great: How religion spoils everything.  p. 100

But this is where in his haste to vent on the Bible that he misses something very important. The Bible does not say that God made us this way, but that something terrible has happened since the initial creation to bring about this difficult state-of-affairs. An important event happened in human history subsequent to our creation. The first humans defied God, as recorded in Genesis, and in their defiance they changed and were corrupted.

The Fall of Mankind

This landmark event in human history is often called The Fall. And we can perhaps understand it better if we think through what Adam faced in his relationship with God when he was created. To give us some further insight we turn to a mid-8th century BC, Old Testament prophet Hosea. As he recounts in his book, his wife had repeatedly cheated on him and run off in a string of affairs. In the midst of his pain and betrayal God commanded him to go and find his wife, reconcile with her, and win her back. Then this episode is used as a picture to show how, in God’s eyes, the Israelites at that time were like the cheating spouse, but God, like Hosea, was willing to reconcile if they would only come clean and come back to Him. In that plea comes a comparison to Adam:

“O Israel and Judah, what should I do with you?” asks the LORD.  “For your love vanishes like the morning mist and disappears like dew in the sunlight. … I want you to show love, not offer sacrifices.  I want you to know me more than I want burnt offerings. But like Adam, you broke my covenant and betrayed my trust. (Hosea 6:4-7)

In other words, what the Israelites of Hosea’s day were doing was continuing what Adam, the first man, had started. There had been an agreement between God and Adam, similar to a marital contract of faithfulness, and Adam violated it. The book of Genesis records that Adam ate from the Tree of the Knowledge of Good and Evil. There had been a covenant or agreement between God and Adam that he would not eat from that tree – all others were available for him. It was not that there was anything special in the tree itself, but its presence gave Adam a free choice as to whether to remain faithful to God or not. Adam had been created as a sentient person, who was both made and placed into friendship with God at the same moment. Adam had no choice regarding his creation, but God gave him the opportunity to choose concerning his friendship with God, and this choice was centered on the command not to eat from that one tree. Just like the choice to stand is not real if sitting is impossible, the friendship and trust of Adam to God had to be given in the context of a viable alternative, and thus Adam was given a choice as to whether he would remain faithful in his agreement to God or not. We look more closely at this account – and how & in what way we ‘miss the mark’ in the next post.