The Subsequent Life Lived: Signature of the Virgin Birth

I wrote that hostile Jewish rabbis in the Talmud at least give a nod to the virgin birth of Jesus, and in my past post as ‘Santa’ I briefly showed the original prophecy in Isaiah (written about 750 BC) predicting the Virgin birth. There is still another point to cover on this question and it involves an observable aspect of the prophecy. Let’s start by looking at the original Isaiah prophecy in a more complete context.

Then Isaiah said, “Hear now, you house of David! Is it not enough to try the patience of men? Will you try the patience of my God also? Therefore the Lord himself will give you a sign: The virgin will be with child and will give birth to a son, and will call him Immanuel. He will eat curds and honey when he knows enough to reject the wrong and choose the right. (Isaiah 7: 13-15) 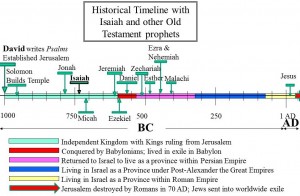 As I mentioned previously, proofs about virgin status are just about impossible to obtain even in principle. But the complete prophecy links the virgin birth in a cause – effect manner with something that is observable – the subsequent moral behaviour of the offspring from this contested virgin birth.

The amazing part of this prophecy in Isaiah is that this son ‘will eat curds and honey when he knows enough to reject the wrong and choose the right’. What Isaiah is saying is that as soon as he is old enough to make conscious decisions this son will ‘reject the wrong and choose the right’.  In our trying to digest the ‘virgin’ part of this prophecy we often forget this other part – and really that is just as incredulous.

I also have a young son. I love him, but for sure there is no way that on his own he is rejecting the wrong and choosing the right. My wife and I have to work, teach, remind, admonish, set an example, discipline, provide the right friends, make sure he sees proper role models, etc. to teach him to reject the wrong and choose the right – and even with all our effort there is no guarantee. And as a parent while I am trying to do this, it brings back memories of my early childhood when my parents were involved in the same struggle in teaching me to ‘reject the wrong and choose the right’. What do we mean when we say that a certain child is ‘spoiled’? Basically we mean that this child does not reject the wrong and choose the right. And what do we need to do to ‘make’ a spoiled child? If the parents do not expend all that effort and work, but just let nature takes it course – the child is spoiled automatically. It is as if we are fighting a ‘moral gravity’ where as soon as we cease conscious effort it easily goes downhill.

Moral behaviour is to a large extent observable and verifiable. The interesting thing about Jesus in the Gospel accounts is that he never sins. He always ‘rejects the wrong and chooses the right’ – exactly like Isaiah predicts. In fact Peter, a close friend, follower and companion of Jesus said of him that:

The Failings of Other Biblical Heroes Openly Displayed

Now perhaps our first reaction is to dismiss this sinless portrayal of Jesus in the Bible as simply pious veneration. The thinking person must always be open to this possibility but if that is the case it is strange that other towering figures in the Bible are definitely NOT portrayed this way. If the Bible is simply a product of the human mind, we would expect this same pious veneration of other figures like Moses, Abraham and David. But this is not the case. The Bible records that on two occasions Abraham lied about his wife saying that she was only his sister (in Genesis 12:10-13 & Genesis 20:1-2). It also records that Moses murdered an Egyptian (Exodus 2:12) and on another occasion disobeyed God’s command (Numbers 20:6-12). David’s ghastly sin of adultery and subsequent cover-up murder exposed a glaring stain on his character.

In the Gospels the disciples are often seen as petty, arrogant and selfish. They argue about who among them is the most important. They want to call down fire from heaven in judgment on those who did not accept them. The amazing thing about how the Bible portrays all the characters in its pages, the important ones as well as the minor ones, is candid openness about their failures as well as their successes.

As one who has studied and seen ‘pious venerations’ in various traditions, it is not hard to see the contrast in the candid and unembellished failures consistently portrayed in the Bible to that in other traditions.  No, the pattern of revealing the failures of biblical characters is not a naturally religious tendency – yet this is how the Biblical characters are portrayed.

But not the Son of the Virgin

But this son prophesied by Isaiah, born of a virgin, rejects the wrong and chooses the right naturally and from his early age. It is instinct for him. For that to be possible he must have a different lineage. All the rest of us (including these other Biblical characters), trace back to Adam through their fathers and he did not ‘reject the wrong and chose the right’ as we saw.  Genetics passes the characteristics of the father to his offspring, so this rebellious nature of Adam was passed to all of us – even to the biblical prophets. But the son born of a virgin, by definition, would not have Adam as a father in his lineage. The parental line of this son would be different, and thus he could be different.

Jesus’ life fits this prophetic moral description to a tee – and makes sense of the reason for the virgin birth. This was not simply some random ‘miracle’ to bolster religious credulity in a story. There is a very clear reason for the need of a virgin birth. There is the need for a new man that is untainted by Adam. This new man could then have a different, though still human, nature – a nature that would be holy and thus acceptable to a Holy God.

The New Testament affirms this sinless life of Jesus in a very straight-forward and matter-of-fact manner by simply giving an account of his actions and teachings, without use of sensational superlatives or strong religious language. It presents him simply, and therefore realistically, as sinless.

Even if some cannot accept the ‘sinless’ claim, certainly, at the very least, Jesus is universally recognized as someone who lived a radically different moral life than we do.  This was a man who forgave his enemies while they were torturing him, who stood up for the weak and downtrodden, who refused to take up arms against his enemies, who refused to be seduced by the wealth, power and adulation that could have been his  – in short who treated others far differently than we do.  I have heard Richard Dawkins opine that Jesus was morally far ahead of others in his day.  I remember reading how John Lennon thought that Jesus was a moral reformer even if his disciples were not.  Mahatma Gandhi, who led a non-violent resistance to British rule in India, was inspired by the life and teachings of Jesus.  In short, even among those who do not follow him, Jesus is admired for his moral compass – this, at least, is generally not disputed about him.

But this observable effect, is linked causally to the Virgin Birth in this Isaiah prophecy.  And if one is observable and verifiable that gives a rational basis to believe the other.  The life Jesus lived is the visible signature of the Virgin Birth.  And it speaks to our need.

The prophecy and longing for a virgin birth – the dawn of a New Man – coherently hearkens back to Adam.  We saw that the Genesis account records a Fall, much like the corruption of elves into orcs in the Lord of the Rings.  Ever since then mankind has been slaves to sin.  Though some teachings of the Bible cannot be verified by observation, the concept of slavery to sin is easily the most verifiable teaching of the Bible.  Just read a bit of history – pick any country and any time period; read a newspaper; or just reflect on your own thoughts and actions – sin is always there in its mutated and multi-faceted forms.

And the necessary link from the predicament of Adam to the solution in a Virgin Birth is why this birth was first foreshadowed and prophesied even earlier than Isaiah, it was Embedded in the Beginning.

The Virgin Birth is not some arbitrarily concocted idea to instill religious veneration.  It is logically, coherently and necessarily part of the overall Gospel – the Good News.  The recorded moral life of Jesus, lived in the open before friend and foe, attests to its reality.  That is Good News indeed, because the Gospel goes on to prophesy that those who receive this Son of the Virgin will inherit this same New Man nature.  Like caterpillars metamorphisizing to butterflies, or wooden Pinocchios into human sons, these many fallen Sons and Daughters of Adam will be transformed into this new likeness.  You have to take it on faith, but given the track record  of the other Messianic prophecies, it is a step of faith I am willing to take.

3 thoughts on “The Subsequent Life Lived: Signature of the Virgin Birth”