A Teen explores the Flood

Last week we explored natural selection & evolution, a pre-requisite to this week. The link to that is here. This week we explore the meaning… Read More »A Teen explores the Flood

Bacteria can also physically transfer DNA from one organism to another – a process called conjugation.  In 1990 “a strain that was resistant to cadmium, penicillin, kanamycin, neomycin, streptomycin, tetracycline, and trimethoprim. … could resist, to varying degrees, some thirtyone different drugs. … The most common mode of passage was conjugation: one bacterium simply stretched out its cytoplasm and passed plasmids to its partner.”[3] This is similar to how we transfer information from one computer to another by using a USB stick.  But transferring information from one organism to another (or one computer to another) is not a process that is making or developing new information.  It is simply copying existing information.

Mutation in Streptomycin: Degradation not Evolution

Certain antibiotic resistances do occur from mutation.  But again these mutations do not develop new enzymes, processes or organelles.  They in fact damage existing enzymes and degrade the function of the bacteria. 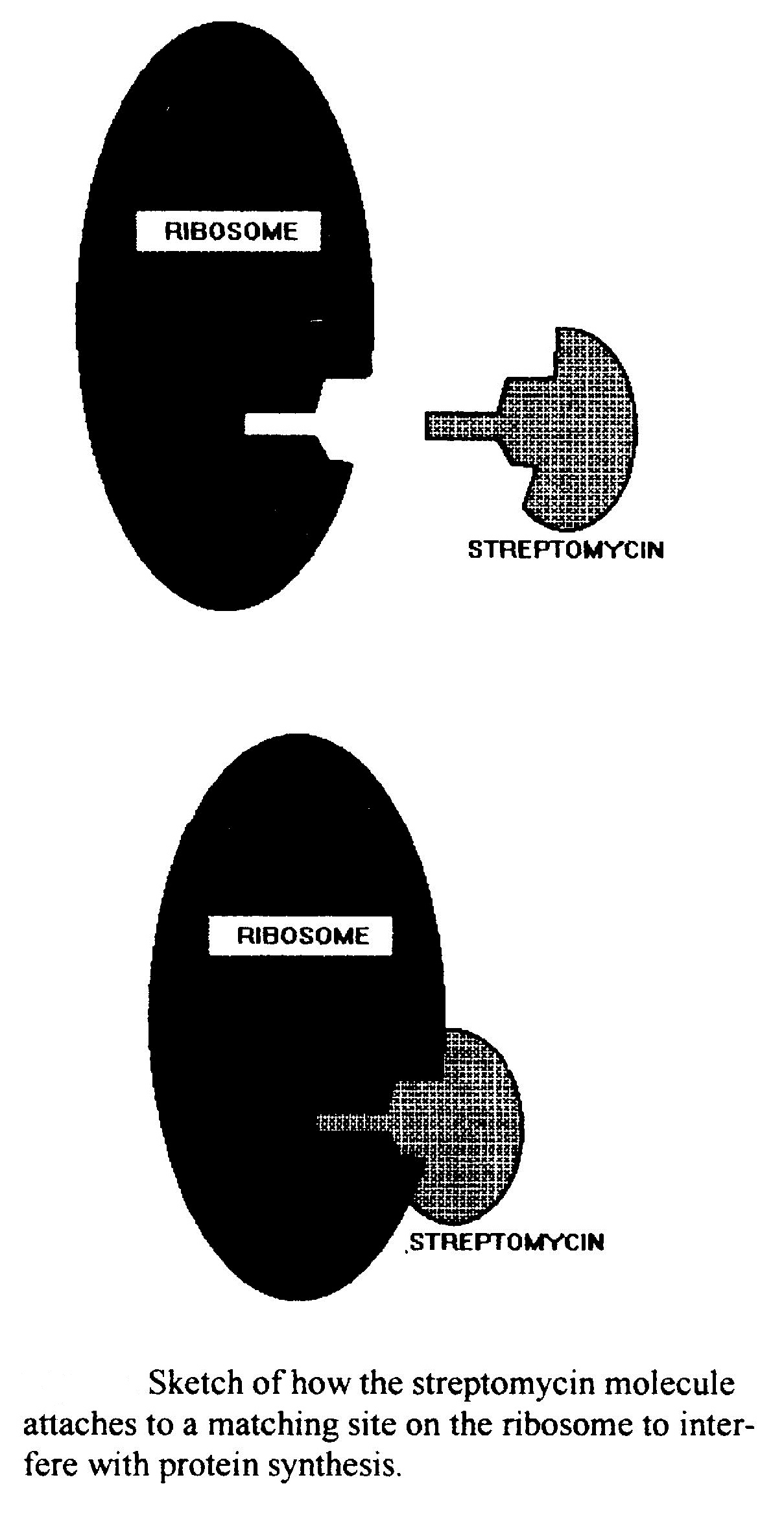 Perhaps the best known example of this is resistance to the antibiotic streptomycin.  The figure on the left shows how this works.  Mycin antibiotics attack bacteria by having the right ‘fit’ to attach to a specific receptor site on the bacteria’s ribosomes, and thereby interfering with their protein-manufacturing process.  As a result, the proteins that the bacteria produce are non-functional – and they die.  Mammalian ribosomes do not contain the specific site where myosin drugs can attach, and for this reason the drug does not interfere with their ribosomes. Therefore, mycin drugs adversely affect bacterial growth without harming the host (us). 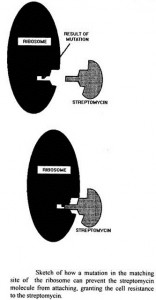 Streptomycin-resistant bacteria actually are weaker in the wild for several reasons. The major reason is the ribosome’s specific shape is degraded in bacteria that become resistant to streptomycin, and as a result the ribosomes’ ability to translate certain RNA transcripts into protein is less effective.  Thus the mutations that confer resistance decrease the fitness of bacteria in environments without antibiotics. As a result they do not reproduce as quickly as non-resistant bacteria.  Evidence discovered so far indicates that these mutations render bacteria less fit in the wild because the mutant strain is less able to compete with the wild type.